A historical exploration in relation to rebuilding plans

As early as 1941 the management of Vroom en Dreesmann commissioned the Kraaijvanger brothers to design the new department store. The realized design and execution on the Hoogstraat took place between 1947 and 1950. We have now been involved in the development of the V&D Beursplein for over 60 years

Special about the design of V&D is the enormous amount of glass on three sides around the building as well as three entrance parties, one on each side, because after all the building stood alone. The layout, development and future of this new city center was still uncertain. The future would tell which entrance would be used the most. With this approach, future cutting and breaking work could be avoided. The 150-meter-long undulating display window blurred the boundary between inside and outside. The windows themselves were designed without many back walls so that the visitor outside had a view of the entire dynamic of the first floor. The cantilevering second floor formed an awning in front of the windows which, in bad weather, drew the visitor towards the windows. After the dark pre-war years, this new white transparent business design offered the then visitor a fairy-tale world where one was seduced into making then unusual spontaneous purchases. The Kraaijvanger brothers had done their homework well. Study trips to the United States and England were a source of inspiration for the innovation that introduced the open front, the closed storey, escalators at the intersections of the diagonals, a flexible streamlined layout and the experience of wandering and dreaming. This also brought about the introduction of the "Rotterdam Ceiling'' also known as the sky of artificial light and a fashion department designed after the American example, with mannequins used as bait for the consumer.

The building was designed for growth, with a volume of 8 storeys high. The business risk was still too great at that time so 2 floors and a basement were eventually realized. Thus, the building was not yet finished. Because it was feared that the building would look like a flat box, a floating roof was installed on top of the second floor to simulate additional height. The building was thus oriented and built for future expansion. 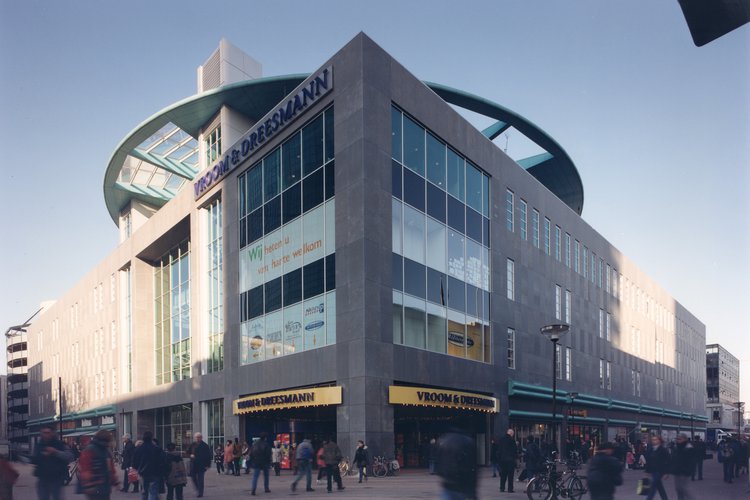 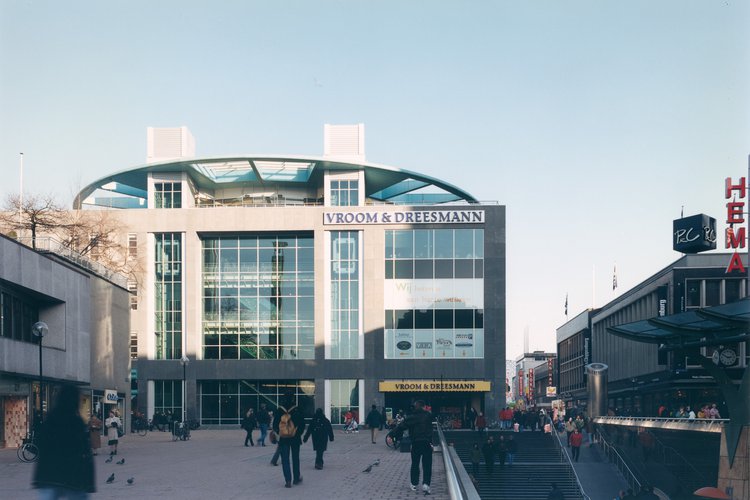 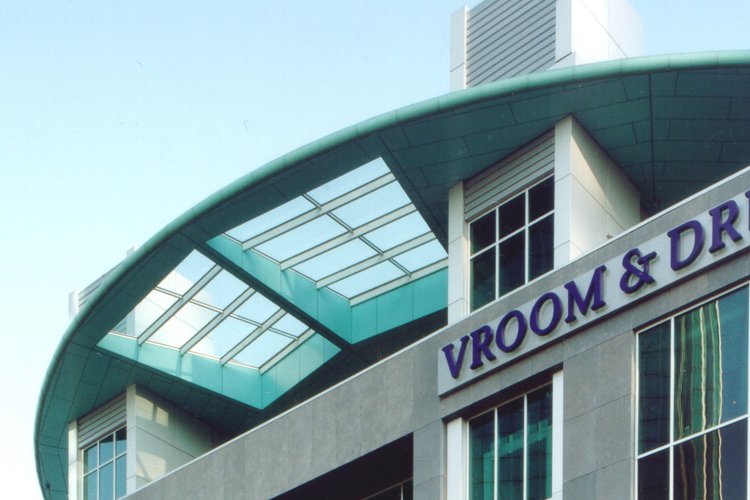 Where for decades shoppers roamed, soon office workers will work.

Over the past year, owners Angelo Gordon, CAIRN and NEOO have been working with the city to shape their development plans. The recent expansion plans by Womo architects still fit with the original vision of upping the mass, future-proofing the building, and being able to serve several generations. Thus, the design is still designed for growth and still fits the farsightedness of the Kraaijvanger brothers. Functionally, the closed facade sections on the first floor are broken open again as in the original design. The first floor on the Westewagenstraat, which over the years began to take on an increasingly closed character, will also be broken open further. From an urban planning perspective, this fits in well with the redevelopment of the street with 5 names, as this long axis from Hofplein to the Maas has come to be called. In addition to the stores on the first floor, the upper floors will also contain office space, which fits in well with the current times in which department stores are often replaced by online stores. In the basement there will be a supermarket and a bicycle shed. These developments ensure that this building can once again serve as a catalyst for the revitalization of the area.

In addition to the transformation of the existing building, two new office floors will be realized with panoramic views of the entire city center. On the roof there will be a pavilion with a roof terrace overlooking the Beursplein and the Coolsingel.

Kraaijvanger has always been closely involved with developments of its own heritage and has had a supporting and advisory role here in design and aesthetics.

Womo Architects in collaboration with D/Dock and MOSS will realize the interior and green design respectively.

For Van Gelder Fruit and Vegetables, Kraaijvanger designed the new company home as a compact, sustainable BREEAM design for an automated distribution hall with offices, food experience center with greenhouse and tasting kitchen in Ridderkerk