A study on high-rise buildings at the Jaarbeursplein in Utrecht where a hotel and living are combined. The maximum volume in the urban plan is amply sufficient for both programs, but how to order the different parts? A simple stacking is unsatisfactory with little distinction between hotels and homes and provides a poor orientation for the houses and restricts the logistical setup for the hotel. The volume of the Jaarbeurshotel has been kept separate from housing. This creates an 'urban window', which occupies a crucial position in the approach route from the station square. it makes the building specific and recognizable from the approach route and from the Croeselaan.

A few large trees are included in the window. In this way we make visible distinctions between the hotel and the rest and the character of the hotel is strengthened. At the same time, transparency breaks through the volume and image and space appear on the space behind it. By also replacing the lifts and stairs of the housing construction, the window can be further expanded. The façade is modular, just like the floor plans. Within the requirement of 40% window opening, different variants have been developed for homes and hotel rooms. The hotel is distinguished by color and detail, from 25 meters a small setback is made, a gesture towards the urban master plan. The volume is thus further articulated. The outside space of the dwellings is IN the volume, and not ON the volume hung as balconies. To keep the unity of the block. Even green parties could be included on the south and east façades. 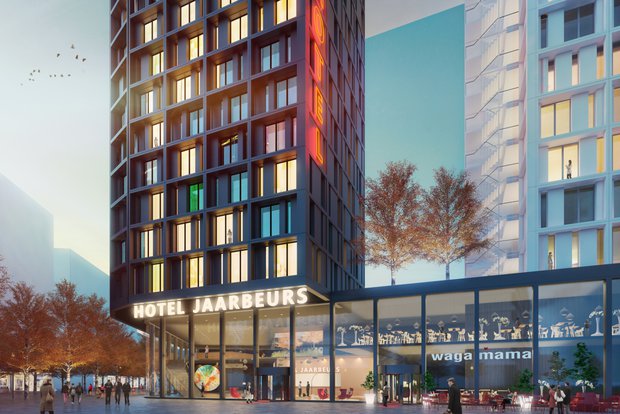 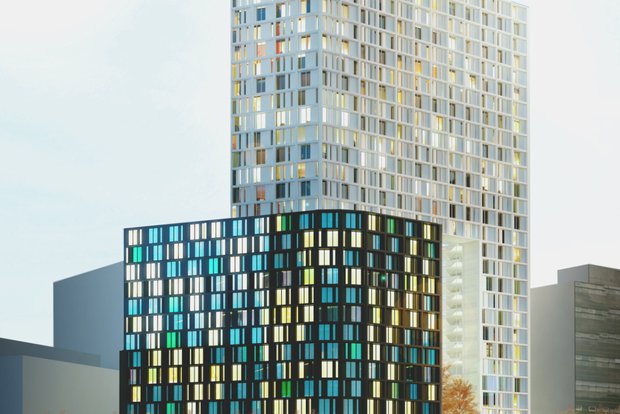 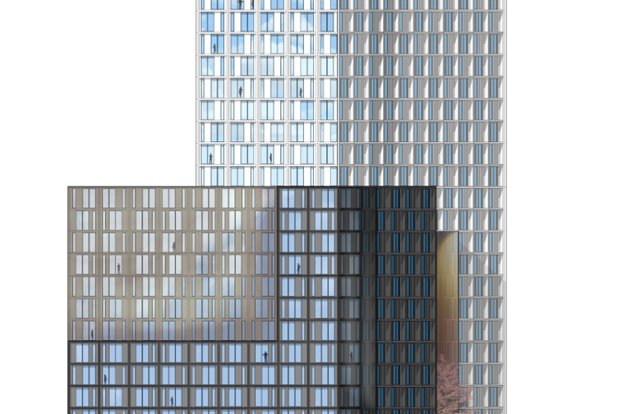 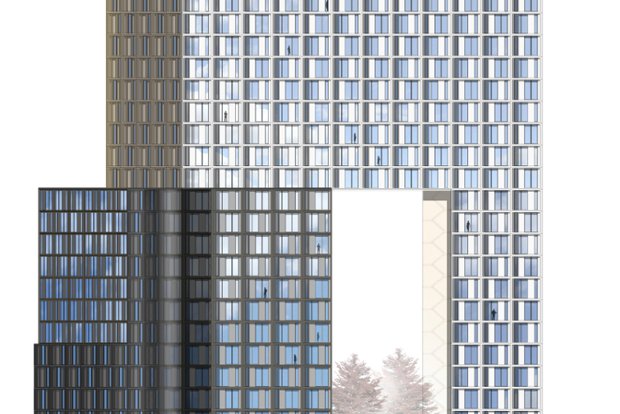 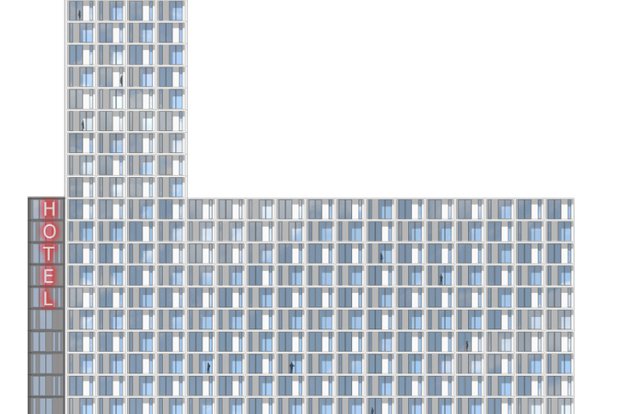