In the assignment for the House for the City of Amersfoort the themes of 'future-proof' and 'meeting centrally' form the overarching framework under which all the established ambitions fall. Hereby a prioritization of 5 top ambitions is indicated; conscious investment, social connection, smart use of space, healthy work environment and appealing appearance.

The financial target for this project is expressed in terms of equal annual costs. Not only are the investment costs considered, but also the energy and operating costs. An important step towards a more circular economy!

It is not the strongest of the species that survives but the most adaptable". This quote from Darwin is symbolic of the design of the House for the City. With the design of the House for the City, we choose to add long-term value. The building is not only for everyone who lives or works in Amersfoort but also for the generations who will do so after us. The fact that it is a building of the residents for the residents makes it possible to look beyond a short-term investment and returns. We embrace the opportunity to do good rather than less bad. A building that gives back to the city, nature and people in the short and long term. This can be done by realizing a building that has maximum resilience. With an eternal lifespan. That no longer needs to be demolished because it can be adapted to changing needs over time. And when parts are demolished they can be reused in another building in another place. 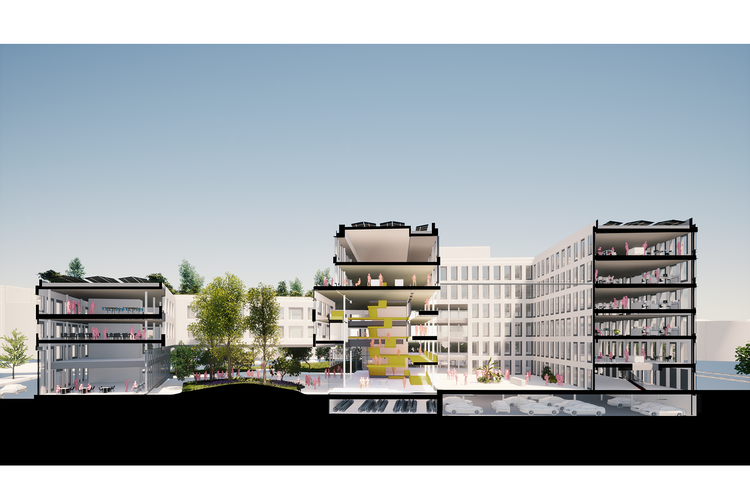 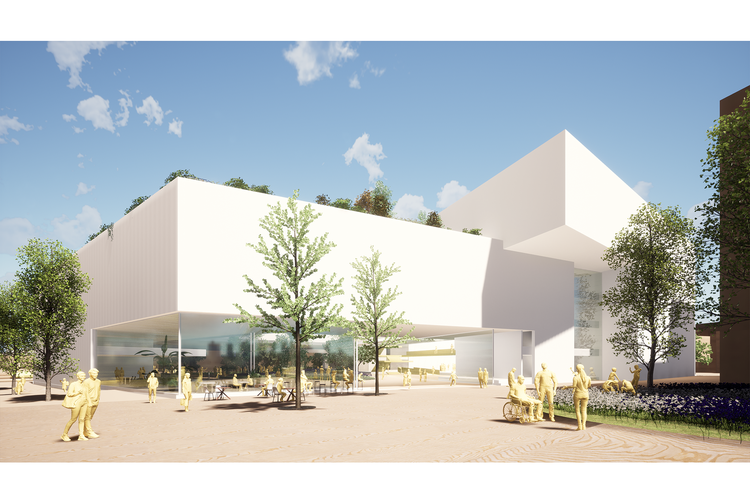 In a very pleasant co-creation process we worked with future users, civil servants and residents of the municipality of Amersfoort on the realization of the sketch design.

In this sketch phase, the main shape of the building was determined. A global layout of the building was devised and the integration into the environment was examined. In addition, the design team, together with the specialists of the municipality, determined the principles for sustainability and technology. These serve as a starting point and testing framework for further elaboration. What the building will look like exactly, what materials will be used and what kind of facade the building will have will be investigated further in the following design phases.

The process is designed in a way that fits the DNA of the City 'close, curious and approachable' as a co-creation with various theme groups composed of the municipal organization and residents of Amersfoort. We began with a period of intensive empathy with the task by analyzing the established ambitions and principles and by examining the location and the city both physically and in terms of identity. What followed was a cyclical iterative process of 3 months in which the design team, together with the theme groups, translated the ambitions step by step into a spatial proposal and technical starting points. For this we held interactive workshops in which the participants, for example, actually designed with us and determined how we could make the sustainability ambitions concrete. After the design team processed all input into initial sketches, the theme groups reflected on this. The result is a supported sketch design with starting points for the development of the House for the City.

Amersfoort House for the City